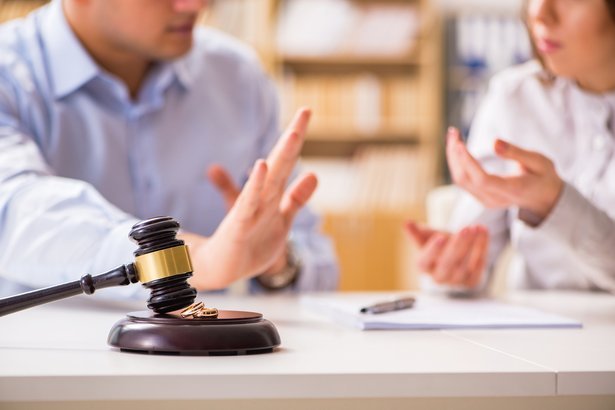 The Problem of a Sex-Obsessed Society 

The problem of a sex-obsessed society is the is the ultimate problem here, but few seem to notice that this problem exists in our society. What often gets overlooked and lost in the fog of all this female teacher-male student sexual misconduct is the dodging of blame. It is the fact that the world often just sees itself as not being perfect—and most people would agree with that. But there is a deeper truth here that, is often brushed over.

Most people don’t think that far because people, in general, are very shallow and view the world as a place of truth—and it is not: The world is a place of spiritual darkness, falsehood, and pain; but people tend not to see it that way; thus, the whole system of life in this world is a lie.

The Irrelevance of Truth in a False World

The truth is that society is too obsessed with sex; the air is flooded with sex—and hold your rocks before you toss them at me. Female teachers get a bad rap, merely because they are women and make for a great story in the news.

While it is true that society tends not to see women as pedophiles, merely because they are women, that attitude is rapidly fading away; and the number of female teachers, going to prison for sex with underage males, is quickly rising.

In other words, more and more judges are saying, “If you have sex with a minor, I am sending you to prison for a long time, whether you are man or woman. You are here to adhere and to observe to the law—not to go on a hunting spree right in your class; we are just not going to tolerate that kind of thing”

The Packaged Approach to Solving the Problem

And who can fault the judge for his very obvious conclusion? Notwithstanding, this prescriptive approach to the problem just makes it worse because it does not deal with the societal systems that have given rise to the problem in the first place; thus, this top-down approach doesn’t work.

The problem’s solution is a package approach—not an order from an out-of-tune judge. Yet it is adherence to bureaucratic red tape because it ignores the context in which these crimes are committed. Today, every effort is made to overlook criminals’ behavior and to blame someone else—and who can blame them? They’ve been raised in an ultraliberal, amoral society!

What is happening rather quickly is that more and more female teachers are going to prison for an extended period of time, even to the point of draining the teacher resource in society, in view of the fact that most teachers are women.

The Overemphasis on the Female Teacher Sex Scandal

At the same time, female teacher-male student sex abuse cases get far more press, receives more angry societal reaction, and generates more shock value than male teachers who are involved in far more sexual misconduct relationships with students. This is because no comprehensive approach is being made to fix the problem.

The Shocking Level of Rape by Prison Warders

Unfortunately, one of the things about which female teachers, going to prison, should be concerned is the level of rape that occurs inside the prison walls themselves; and most rape is executed by prison warders themselves. Thus, female teachers, going to prison, can look forward to being raped by prison warders and their superiors—and this is the very point that is being made here.

The problem is society wide; it is not just a student-teacher problem; it encapsulates the whole societal system of malfunction. With the collapse of morality and discipline within the educational system in the United States, the American society itself has imploded and collapsed, even without the notice of hundreds of millions of Americans. And the handwriting of this nasty collapse of American society is virtually everywhere.

The conspicuous Absence of Male Teachers’ Sexual Misconduct in the News

What is often glaringly omitted and overlooked here is that male teachers initiate most the inappropriate sexual relationships with female students and the notion of statutory rape can be more accurately applied to them in those cases. However, female teachers get far more societal attention in the whole teacher-student sex affair—and that is not fair. That is unfair to female teachers who drop the ball with their male students.

The Rise of Incest in the Home

In addition, what is frequently overlooked here again is that, in many of these female teacher-male student sexual relationships, the seemingly underage boys are often viewed as innocent angels—and they are not. Shockingly enough, some of these boys who wind in bed with their teachers are often unhappy with their home environment. Hanky panky is often going on at home between them and their mothers; they often don’t like it and want to get away from it. Thus, what do they do and how do they respond to it?

They cozy up with their teachers; and at the same time; if she is in a dry spell sexually, she may return the favor by loosening up around these boys that are being sexually abused by their mothers at home.

You will never hear any of this mention in the news. Bureaucratic red tape conceals much of it because school officials don’t want any of this out there because it is too embarrassing and would weaken bureaucrats’ cases against teachers. Today, society is riddled with young teenage boys having sex with their mothers—and even impregnating them; but you would never hear this ever mentioned in the news—why? Why is the news only reported from the students’ point of view?

It is not a good news story, and society merely sweeps it under the rug. Are young boys having sex with their mothers? Just run a Google search, and you would be shocked at what you would find! The society—and the whole world, for that matter—is obsessed with sex.