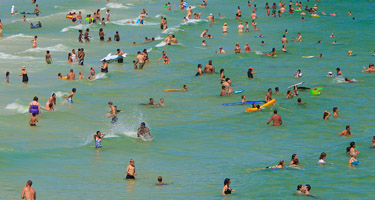 Few people would argue with you that the world has changed very negatively and dangerously during the past fifty or so years; but not too surprisingly, few people would dispute the fact that the world has changed very dangerously within the past few years, and is continuing to do so on an exponential scale. Most people today see the world as a kite whose string has snapped and is rapidly wandering out of control. The current world is like an aircraft whose engines have stalled in midair and is plummeting to the ground. What is conspicuously noticeable about the world is that it is dramatically changing in the wrong direction. Much of this change may be attributed to historical currents that were set in motion after World War II: With the advent of World War II, its killing machine, and its catastrophic effects of the world; Western Intelligentsia declared all-out war on Christianity by pushing the humanistic political philosophy of liberal democracy—and what is that? It is a false religion that harnesses the might of modern science, the United nation’s international order, the modern university system, and a stream of agenda-driven clandestine societies to undermine the power and authority of the Christian Church—and they have done just that.

The Rise of Liberal Democracy

In response to this liberal democratic cloud released worldwide, an all-out attack was perpetrated against conventional morality, as defined by the Judeo -Christian System.Accordingly, anything that has to do with Christianity was mercilessly attacked, trashed, and destroyed; including any and everything that has to do with sex and marriage. The smart boys made it clear that they did not want any society that elevated, extolled, and exalted God; in particular, the God connected to Jesus. So, in a sweeping response to this new philosophy; the Woodstock Concert, a dramatic musical extravaganza, was put on in Bethel, Upstate New York.This was a dramatic event that displayed the real meaning of free and open sex, and people engaged in sexual intercourse in plain view at Woodstock. This was the crowning event of the Hippie Movement of the 1960s, and it occurred in the final year of that tumultuous decade of spiritual lawlessness that consume American society. That incandescent support for moral decay was quickly followed up by two major rulings that have overwhelmingly changed American society and the world forever.

In 1973, the American Psychiatric Association ruled that homosexuality was no longer abnormal and a form of insanity; during that same year, the American Supreme Court legalized abortion. Forty-one years later, 2015, the American Supreme Court legalized homosexuality and homosexual marriage. When we compare the two societies: The one that existed in the 1950s and that of today, they could not be anymore starkly different. Since the appearance of these ultraliberal rulings, American society has literally spun out of control, and I think that few people would dispute this clear fact that that these ultraliberalrulings have led to America’s downfall. Today, morality in America is a plain joke; and now, drowning in its own blood from a shocking, uncontrollable barrage gun violence; the only one liberal America is fooling is its own self. With an ever-increasing number of police officers resigning and afraid to go to work for fear of being shot down like wild animals, America is, by any measure, a society that is utterly out of control.And what has become of sex and marriage? Well, nowadays, young people are just interested in having a good time—and what is that? It is an extravagantly confused and uncontrollable sex craze, where sex is worshipped as a god; and, in view of that, hook-up websites bloom everywhere:The society now bristles with websites that essentially advertise sex and whoredom. People are no longer looking for long-term, intimate relationships:The trend now is sex now; talk and relationships later.

In the article, Choosing your Mate in the Darkness, the writer discusses how difficult it is to find a suitable, sober, and rational mate in the fog out there today; and this is the exact point that these websites underscore: People want to have sex; they are not interested in long-term relationships, and this makes finding a suitable marriage partner very difficult and dangerous, too.These websites reveal young people; disporting their nude, sexy bodies to a highly oversexed, oversexualized world. In essence, these hook-up websites are plainly saying to come and “F” me; I want to have sex with you and to screw anyone who is available. Although they do not say this, this is what is implied: Come and “F” me; and if I like it, you can come again. How long can you come? Until I am tired of your dick and want a bigger one.

It is very difficult to speak in these terms, but this is where young people have positioned themselves; marriage is no longer the factor that shapes people’s understanding of life: When pregnancy comes, you kill the baby in what people having sex call an abortion. In this regard, young people are setting themselves up for suicide because sex is a sacred act, and the other side of all of this reckless sex with anyone who has a dick or Pusey is violence and doom:God—whether you believe in him or not—did not design people to live like this; and most people know, in their heart of hearts, know that such a lifestyle is degrading, disgraceful, and downright destructive.  It is difficult to talk in these young people’s vernacular; but the reality is that this is the way they talk, and you cannot talk to people unless you talk their language. In truth and in fact, talking like them is not being vulgar; it is just enunciating what they are saying so that you get it and understand them.

Change Overload and its Senseless Merit

This is the kind of social change that is currently sweeping the United States: Marriage is snubbed because it smacks Christianity; whatever reminds you of Christianity is no good. This is the twist and spin on things today: America is no longer any Christian nation; and today, anything that smacks Christianity is systematically rejected and trashed as being worthless. One university student said that her Lord and Savior, Satan, has delivered her from Christianity’s oppression: That is the kind of social change to which America subscribes today—and we see the results of this rasping and janglingly unorthodox kind of thinking. Per the article, Change Overload and the Rapidly ApproachingTomorrow; the writer alludes to this kind senseless understanding of change and the future and discusses the looming problems that are appearing from the blue.

Yes, sex is wonderful, but for how long is it wonderful? Eventually, sex turns in pregnancy; and pregnancy turns into babies; andbabies turn into stinky diapersand raising children; it is one long chain of change: Any attempt to blur these facts is a jarring lie that would hang you out to dry.  Such misconception about sex, as we see in the hook-up society craze, mentioned earlier, must ineluctably lead to emptiness, vanity, depression, chronic depression, and suicide later on that day, month, or year. Such loose living eventually leads to emptiness, alcoholism, and drug addiction to help you manage the pain; an endless series of abortions; and a devastating stream of nightmares that you would not be able to handle.  The guys have it a little better because all they have to do is to pull up their briefs and walk away from you, their whore, whom they’ve just humped to the bump. Unfortunately, that may not even be all that they have to do: Amidst all this free sex, sexually transmittes are everywhere today; and after a good sex workout, you may need to find a doctor, and even worst—something else that you may never have considered.

The saddest part of it all, though, is that the other side of all this loose living is violence;thus, we see that this kind of social change does not come cheaply—it comes at a staggering cost of the out-of-control gun violence that so many have witnessed in America within the past few years. The society is literally drowning it its own blood, but this is what happens when a society that used to know God goes astray and locks him out;and this explains why so much violence has appeared on the scene.The fact is that disregard for the sacred laws that govern sex causes societal violence; they always go hand in hand, and this is what we are seeing in America today. According to the article, “Finding Love in a Dark, Decadent, Amoralworld; as society dumps traditional Christian morality at an exponential rate, reality has waxed increasingly foggy, confused, and meaningless. Wherever you find loose, sexual living; you are also going to find a lot of confusion situations, broken people, violent outbursts—and isn’t this what we see in America today. In fact, obsession with homosexuality is the final state of any society because it is a confusion of that which is real and pragmatic without shortening people’s lives and causing a whole lot of problems.

The Massive Complexity of Dating Today